Someone started the fish book the year the boat was built. Dad was six years old that year and I can imagine him hanging around Grandpa’s shop listening to the Uncles as they hammered and glued and put the boat together. In a weird time shift, see me at 6 years old in the shop at our house in Oregon where my Dad was building  his own boat.  Mahogany.  I remember;  the smell of planed wood and many coats of varnish.

END_OF_DOCUMENT_TOKEN_TO_BE_REPLACED 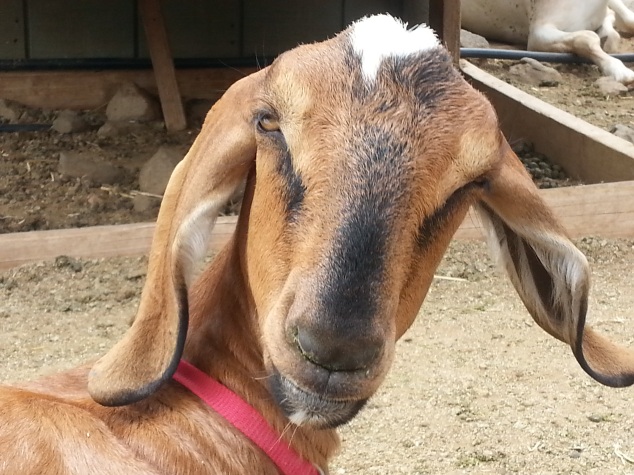 I have a birthday this week.  Birthdays remind us of aging of course, and with this comes some questions I have for my mother.  Like, why didn’t you tell me?

As I sat across from a colleague at a business meeting a few years ago I was mesmerized by a freaky inch and a half long hair on her chin  waving in the gently blowing HVAC breeze in the little room.  My mind wandered from the budget variance agenda to wonder how she lived with that? Like does she blow dry it? Condition it? Does she not have tweezers?

My Mom said that if you slept in your underpants you would grow funny.  I am not sure if that’s ‘Ha Ha funny” or “weird funny”.  I may have dodged that bullet.  Just sayin’.

I was introduced to face cream and moisturizer at an early age. Many, many thanks for that Mom. I remember overhearing (or eavesdropping as us kids so often did) my parents talking about a friend of ours “she needs to wear a turtleneck or hide at Thanksgiving”.  A comment I thought uproariously funny at the time. Not so much now.

Elbows, for some reason were super important. It seemed that potential husbands would flee with horror at the sight of elbows peeking out like bearded dragons from the 3/4 sleeves of the peter pan collared blouses we wore.

Maybe it’s not fair to say my Mom never told me.  After all, we all age and change and morph into versions of ourselves we may not be ready for.  The grace is in accepting that it will happen, and fight to preserve what we can  or wish to. The grace is in staying healthy; taking control of what we can. The grace is in being happy with the here and now.

And as my friend says ” carry a pair of tweezers on your key chain”.

Those things, you know…the things that you have to shake off. Do they bother me? Those things? Of course they do but there’s no one at the edge the lake with a big fluffy towel so I’d better learn to shake it off.

I went in to get a colour correction.  That’s fancy talk for fix the gold streaks in my hair that look like streaks of “oh no…..not a good look”.  I went to a new stylist because I wanted a change; came out with hair so blonde it looks like doll hair. A cross between yellow yarn Raggedy Ann hair and bombshell Barbie synthetic hair.  A friend of mine said “I wouldn’t have done that” when she saw me.  Well, I did it and actually kind of like rocking the blonde again for a change. Doll hair and all.

My friend said to me ” don’t you worry about your brain tumor?” Interesting question which I suppose requires more than a yes or no answer. Well yes, I worry about it just before it’s time for the next MRI to check what it’s doing.  Besides making me deaf, that is.  Yes, I worry about that.  Do I worry about it otherwise? Not so much. The hearing aids work and I get by. For now.

Standing across the counter from the cell phone lady, I explain that I need a new phone and want to review options and all that stuff with the phone plan thing. Because there was background noise and she was talking down at her computer I couldn’t hear her so I moved around the end of the counter and said “I am pretty deaf and need to stand closer to hear you”. Great. She spent the next five minutes explaining my plan to me by YELLING at me very slowly. People in the store were all watching her yell at me as I backed up around the front of the counter.  I wanted to yell back “I’M NOT THAT DEAF”,  but she was trying so hard I didn’t have the heart to.

This is the time of year that no matter how long I’ve lived away from there, I get homesick for Oregon.  On my way to work early in the morning the air might feel like Oregon, or it might smell like Oregon. A tiny pang of homesick. It’s not always practical to pack up and chase homesickness so I buy Rainier cherries. Well, we called them Queen Ann, but whatever you call them, they taste like Oregon. Shaking it off.

These things that bother  – I can usually shake them off and find some joy and even a smile in doing it. Even if sometimes that wet dog smell lingers….. 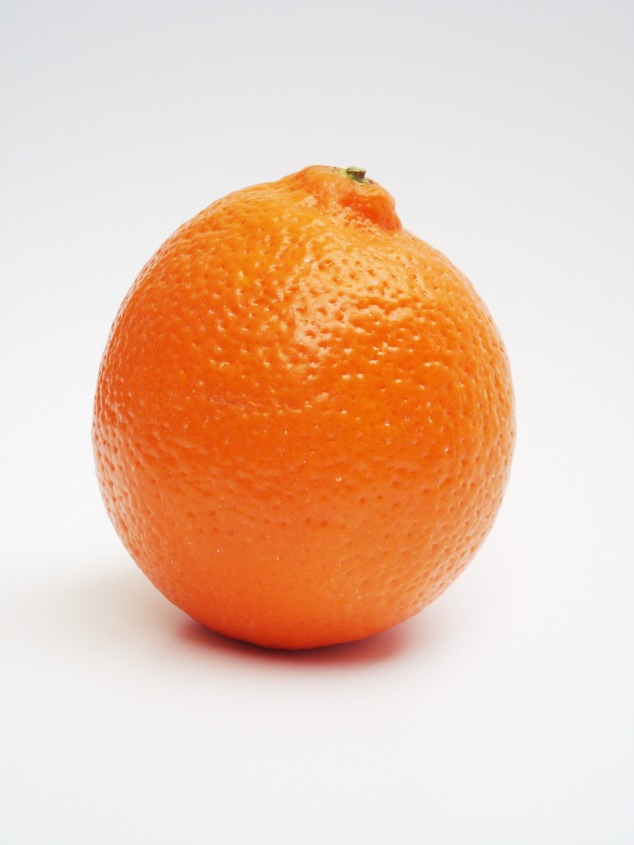 Those ads.  The all-inclusive resort, azure blue waters, all the beautiful people. I can almost feel the soft tropical wind gently blowing the sarong slouched oh-so-sexy on my hips.

An entry on a WTF social media site raged against the circumstance of an elderly gentleman being taken advantage of by a building contractor.  Run of the mill for this site but in this case I know the gentleman.   END_OF_DOCUMENT_TOKEN_TO_BE_REPLACED

……an adventure in cosmetic tourism.

Well, it was only cosmetic tourism due to my accident. A freak accident….(aren’t ALL accidents freaks?) put me in ranks of those travelling far and wide returning with altered appearances.

So here’s the thing; people do fall flat on their faces.  Nope, it’s not just a saying, and I proved it.  It’s the quick pop up, hands groping, feeling the damage that’s the realization of “F*@K, I’ve really done it this time”. Chips of tooth, too much blood were all I had to go by since I was alone,  there were no streetlights, it was dark and I was eight blocks from my hotel.

And here’s the other thing…..what the hell is wrong with people who walked around me like I had the ability to part the seas on the sidewalk; who didn’t miss a step getting to where ever they were going?  The only person who asked if I was ok was a homeless guy who said ” hey lady, are you ok?” and offered to share his grubby little roach which he told me was from really good weed and would help with the pain.  I thanked him, said no, and trundled on to my hotel.

Cosmetic tourism probably has a certain panache with hotels catering to clients and so forth. Picture me trying to get through the lobby up to my room with a bloody kleenex over my face – not even sure what people saw when they looked at me. I was a freak!

Shout out to Scripps Mercy Hospital in San Diego.  Although three hours in the emergency waiting room was oddly reminiscent of the famous Star Wars bar scene, the care was awesome. A little plastic surgery putting me back together and I was good to go albeit with a sewn-up, swelled-up lip accessorized by a healthy dash of road rash on my chin and nose to complete the look.

Here’s my question to Angelina, Julia, all those gorgeous sexy ladies with duck lips……when will mine turn sexy? The look just isn’t working for me yet……. 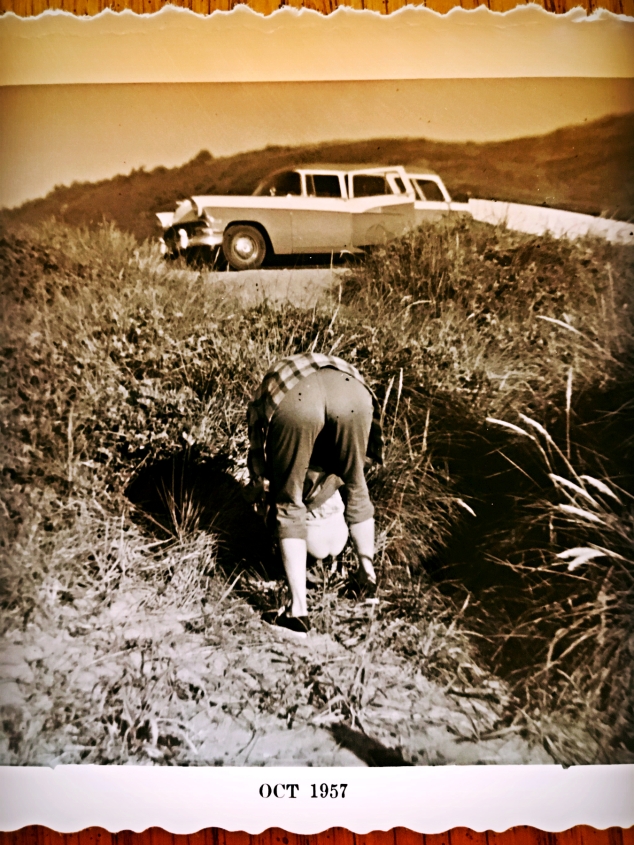 Every once in a while we run into an urgency  in our lives that makes us stop the car and run out to deal with it. Somewhere between the first and second MRI was my moment to slow the car and pull over.

At first all you can think about is the urgency.  The “this is here and now and if I don’t deal with it I will explode” feeling. Overwhelming. That’s what it is.  And we’ve all been there; not one of us is exempt from it hitting us in varying degrees throughout our lives.

So pull over and stop for a few minutes and understand the dynamics of the situation.  My hearing is hurt because… or my life is changing because….or my life hasn’t really changed because….. so many variables to understand.  Stop and pull over.

By the way, this photo is of my Mom and sister – which yes, has provided my brother and I endless amounts of sibling glee over the years and I have to admit…..it still does. It seems we never really grow up.